5 Benefits of Religious Practice for Your Health

In order to show how religiousness helps with the individual and collective development of families, learn some of the scientifically proven health benefits of religious practice.

We understand “Religion” in its broad meaning, as defined by the President-Preacher of the Religion of God, of the Christ, and of the Holy Spirit, José de Paiva Netto, in his article “Religion does not rhyme with intolerance”:

"I understand Religion as Solidarity, a Respect for Life, an Enlightenment of the Spirit that we all are. I can only understand it as something dynamic, alive, pragmatic, as something altruistically fulfilling and that opens up paths of light in one’s soul. For this reason, it must stand on the forefront of ethics. I would be unable to understand Religion if it were not working in a sensible manner to transform the unhappy reality that still persecutes all people. These people are even more in need of God who is the antidote for the moral and spiritual maladies and, in consequence, for the social problems, which include the degenerating immobilism, sectarianism and intolerance that blind the Souls of crowds of people. (…) And, one cannot ever leave out atheists from any measures that can benefit the world."

Next, you’re going to be amazed by so many advantages of it! After all, when we’re in a sacred environment, we have the incredible possibility of connecting ourselves to the Heavenly Father, the Supreme Creator, Who loves each and every one of us without measure. Thus, we renew our energies and are strengthened for the challenges of life!

+ Who is God?
+ The religiousness that is born with human beings

Here are 5 benefits of religious practice that we have put together for you:

1. It reduces the risk of death

Research by epidemiology professor Tyler J. VanderWeele, of Harvard University, United States, revealed that regular church attendance can reduce mortality by 20 to 30 percent over a 15-year period. Adults who do so at least once a week versus not at all have been shown to have a significantly lower risk of dying over the next decade and a half.

The same research has revealed that religious people tend to be more optimistic and confident about the future and have lower rates of depression. This also accounts for the lower number of suicides in people who work on their spirituality. Professor Vanderweele also states that religion is more than an individual practice, it is collective and supportive and brings great results for health. In other words, a sense of brotherhood is fostered and constantly worked with in these environments of peace, encouraging people to take better care of themselves, and, at the same time, build a better world for everybody else based on their acts of solidarity. \o/

+ Overcoming sadness and depression
+ And what if death is not the end of life?

3. Religious experiences provide a cognitive framework for dealing with traumas

Since the 2000s, the Legion of Good Will (LGW), a non-governmental organization, has offered a place for dialogue between the most different areas of knowledge, for debating topics that are fundamental to the progress of Humanity: the World Spirit and Science Forum. In August 2015, in the city of Brasília, capital of Brazil, another edition of the event took place in the World Parliament of Ecumenical Fraternity, the LGW’s ParlaMundi. In one of the talks, Dr. Julio Peres, a psychologist and doctor in Neurosciences and Behavior from the University of São Paulo (USP), reported that, according to some studies, “most of the time, spirituality and religiousness favor overcoming traumas in a therapeutic setting.”

He explains that religious experiences such as prayer and meditation provide a cognitive framework for dealing with traumas.

“When I talk about spirituality in the therapeutic process, I can boost my patients’ capabilities. I’m not going to indoctrinate them, but I am going to value the knowledge and experiences they have. . . . Spirituality can provide order and an understanding of painful, chaotic, and unpredictable events,” explained Dr. Julio.

The specialist also said that within psychotherapy it is possible to consider traumas as opportunities for personal growth, thanks to the values ​​promoted by religious practice, such as Courage, Wisdom, and Love.

4. Religiousness is better for mental health than sports among older people

A study of depression among 9,000 Europeans over the age of 50, by the Erasmus MC and the London School of Economics and Political Science, found that attending church and making part in religious activities is more beneficial in terms of their mental health than sports.

The interesting findings from the research reveal that belonging to other social circles, such as community institutions, offers a short-term benefit in terms of mental health—which is great. However, depressive symptoms may appear over time. Epidemiologist Dr. Mauricio Avendano, responsible for this study, said that “participants receive a higher sense of reward when they first join an organization but if it involves a lot of effort and they don’t get much in return, the benefits may wear off after some time,” which does not happen with religion.

Therefore, this is the proof of a fascinating fact: When human beings actually engage in an activity in which they are useful and see the reward of their “effort” immediately, as in the case of religiousness, this generates a long-term feeling of well-being. To a large extent, religious activities involve caring for one another, and this fraternal feeling makes us act more and more for the common Good! \o/

5. It keeps young people away from alcohol and drugs

A study on protection against the addiction to drugs and alcohol, presented at a conference run by Chester University in the UK, concluded that a religious childhood contributes towards a future without risk behavior in adolescents and young adults. This is because “religiosity may be particularly protective during the transition period from adolescence to emerging adulthood,” the research emphasizes.

What makes a difference is religious practice, in other words, regular church attendance and the engagement in solidary actions promoted by religion. Such attitudes are linked to the development of healthy habits and, consequently, to a lower likelihood of becoming addicted to harmful substances. “Higher religiosity in childhood and emerging adulthood as defined as more church attendance in these periods of life may be protective against early onset alcohol use and later development of alcohol problems,”  the study points out.

This all leads us to conclude that it doesn’t matter the age, we all receive many benefits when we visit sacred environments. The values we foster in them and the opportunities that arise for caring for others make a difference when it comes to good conduct in life. They encourage an ideal that generates vitality, so that everyone can always keep their minds occupied and healthy. That’s great, isn’t it? =D

+ Get to know our Religion as Part of Our Daily Routine, Persist in Life, and Bible Studies sections and find out more about how to experience the religiousness that is born with every human being. 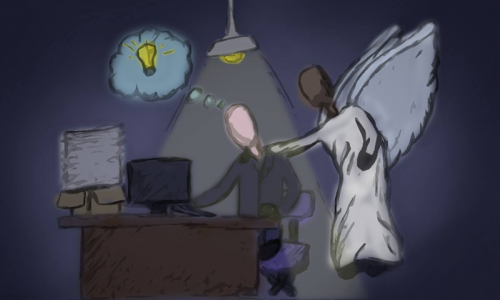 Can My Guardian Angel Leave My Side? 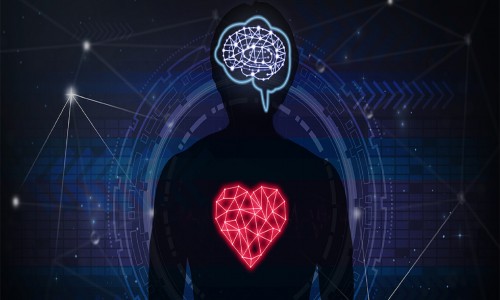 5 Secrets For Living a Youthful Life at Any Age 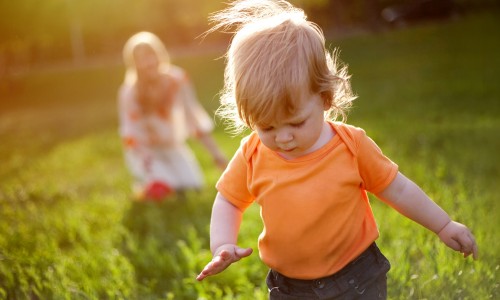 3 Tips for Fostering Spirituality in Your Child