In an attempt to pay permanent homage to the women for their strength and sense of initiative, the Religion of God, of the Christ, and of the Holy Spirit1 offers you this Bible study on the value of women in the Holy Bible, based on the teachings of Jesus, the Ecumenical Christ, the Divine Statesman.

This is a just recognition of women, as the President-Preacher of the Religion of the Third Millennium, José de Paiva Netto, wrote in his article Women in the Repair of Nations:

"Women’s role is so important that, even with all the obstacles offered by a chauvinist male culture, no organization that wishes to survive—whether it may be religious, political, philosophical, scientific, business or a family—can dismiss her support. Now, women, when graced by the Divine Breath, are the Soul of everything, the Soul of Humanity, the good root, the basis of civilizations, the defense of human existence. What mother wishes to see her son or daughter die at war? Woe to us, men, if it weren’t for elucidated, inspired and enlightened women!"

The Divine Example left by Jesus

In the Good News of Christ, we see that during His Sublime and Spiritually Revolutionary Mission on Earth, Jesus showed how women should be valued, as should all people, because they are a Divine creation. He did this by emphasizing that each human being’s worth as an Immortal Soul.

In His first visible coming to Earth, the Divine Master was in a social context where cultural challenges resulted in segregating people and generating violence against children, women, the sick, and immigrants. While this scenario may have already undergone major changes, in view of what still needs to be improved, let’s study His Divine examples together.

For more than two thousand years, the Heavenly Professor has been saving lives, enlightening minds, and re-educating our Eternal Spirits. On His Divine journey on Earth, He broke down barriers of exclusion and extinguished all forms of violence and intolerance from souls, in addition to leaving us with so many other teachings of deep spiritual re-education and, consequently, of social renewal for the Goodness of all.

Check out some examples in the photo gallery below:

Did you like this article? You can rate it using the stars below. Take a look at other articles on how to apply the teachings of Jesus into your everyday life, in our ‘Religion as part of our daily routine’ category. 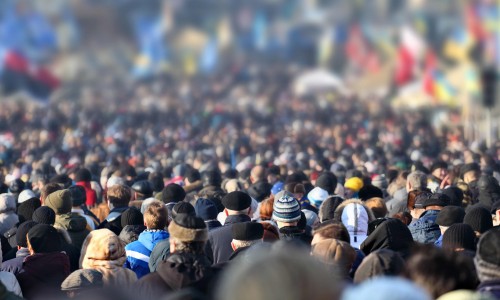