Pyramid of the Blessed Souls, of the Luminous Spirits, celebrated its 30th anniversary on October 21. We invite you to join us in these celebrations, which will take place throughout the month of October.

The highlight was the Solemn Session on Saturday, 10/19, which will be led by Paiva Netto, President-Preacher of the Religion of God, of the Christ, and of the Holy Spirit1, who gave his fraternal and ecumenical message, connecting our hearts with the heart of Jesus.

Check out the photos of the event:

On October 18, pilgrims attended another edition of the Legion of Good Will’s Spirit and Science World Forum, the theme of which was “Investigating Spirit, Brain, and Mind.” The event will took place in the World Parliament of Ecumenical Fraternity, the LGW’s ParlaMundi.

Created by the founder of the TGW, the Forum brought together scientists, researchers, religious people, academics, students, and those interested in the subject.

There was a broad and fraternal debate with people from Brazil and abroad taking part, with the purpose of understanding the studies being carried out into the relationship between brain and mind, the origin of thought and consciousness, and the respective interaction of the Spirit with these mechanisms.

Pilgrims celebrate 30 years of the TGW:

The concept that guided the 30th anniversary celebrations of the TGW can be found in this thesis by the builder of the monument:

“In this Temple even the stones will cry out that God is Spirit and it is important that He be worshiped in Spirit and Truth.”

This leads us to reflect on how this monument creates the material condition that encourages us to meet God, to build the Divine Temple within ourselves―regardless of our beliefs or disbelief.

“More important than building a material temple is to raise the Temple of the Living God inside human hearts. The Religion of God, of the Christ, and of the Holy Spirit has been doing this ever since its origin. However, it has become necessary for a symbol of human-spiritual reconciliation to emerge, which shall guide mankind on the path of Fraternity in the third millennium. Hence, here is the Temple of Good Will,” writes Paiva Netto in his book entitled Sagradas Diretrizes Espirituais da Religião de Deus, do Cristo e do Espírito Santo [Sacred Spiritual Guidelines of the Religion of God, of the Christ, and the Holy Spirit], volume I, p. 274.

+ Read more about this groundbreaking thesis

Pilgrims experienced moments of great emotion and spiritual welcoming during the 30th anniversary celebrations of the TGW. The Friends of the World of Truth, who take part in the World Revolution of the Spirits of Light, in the Fourth Revelation, the Religion of the Third Millennium, stressed the presence of this Heavenly force.

On February 9, 2019, a meeting of the Universalist Spiritual Center (CEU, in Portuguese), of the Divine Religion, took place. During this meeting, headed by its President-Preacher Paiva Netto, our noble Brother Dr. Bezerra de Menezes (Spirit) addressed us with an encouraging message through the sensitivity of the Christian of the New Commandment of Jesus Chico Periotto:

“In October 2019, in Brasília, at the Temple of Good Will, under the command of our Greater Brother Paiva Netto, we will have a show of Faith and emotion, with real spiritual and material results for those who are there, both on Earth and in the Spiritual World.”

Seek out the protection of the Superior Spirituality

This is why we are inviting you to come on a pilgrimage to the Temple of Good Will and find spiritual comfort. Located in Brasília, the TGW is the most visited place in Brazil’s capital, receiving more than one million pilgrims every year, according to official data from the Brasília’s Tourism Office (SETUR-DF).

The Pyramid of the Blessed Souls and of the Luminous Spirits is located at Quadra 915 Sul, Brasília/DF, Brazil. Get in touch with us for further information.

2 - “Divine Ecumenism” – This is the last of the “Four Pillars of Ecumenism” defended by the Religion of the Third Millennium. In devising and developing this concept, its President-Preacher pointed out that it is the “social and spiritual contact between the creature and its Creator.” The other Pillars are: Ecumenism of the Hearts (a concept created and developed by Paiva Netto); Unrestricted and Total Ecumenism (concepts created by Alziro Zarur and developed by Paiva Netto). Read more about this groundbreaking thesis. 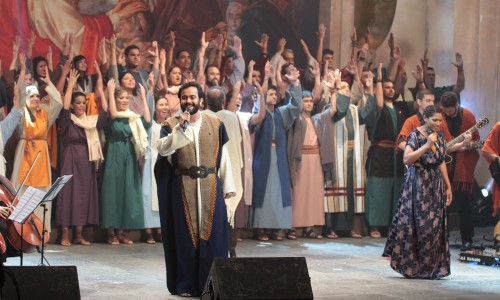 Check out the program for the TGW’s 27th anniversary 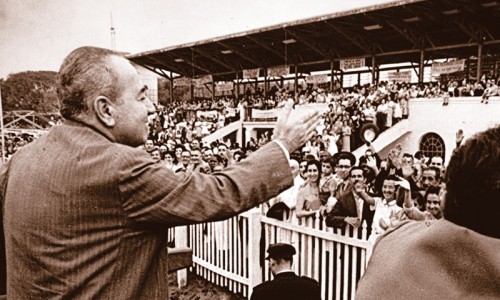 Proclamation of the New Commandment of Jesus 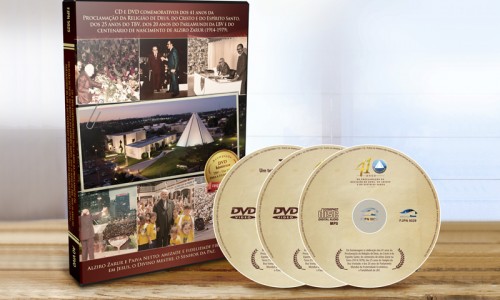 Documentaries present historical facts about the Good Will Organizations