To speak about suicide in a society that in every three seconds someone attempts against their own life, as stated by the World Health Organization (WHO), maybe somewhat complicated. Some individuals show themselves unaware of this fact and others can interpret it as a possibility to “be free from pain”. But this is a huge mistake! According to writer Paiva Netto, in his book Treasures of the Soul [Tesouros da Alma] he writes: “An unbreakable disposition is the appropriate answer to any crisis,” because “just like Life, Hope never dies! Fighting for them and persevering in doing Good are the right choices.”

Humanity, in general, has been going through hard times and the highest indices of suicide attempts are an indicator of this imbalance.

Either by challenges faced by families or workforce or by situations that fragile the inner self of the being like felling discontent with their appearance . . . several factors can lead the human being to a certain degree of psychic and physic instability. However, everyone has the strength inside themselves to overcome those though moments of life, you just need to know where to find it.

Let’s get to know the life story of Andrea Correa, one of the attended people by the Legion of Good Will (LGW) from Florianópolis, Santa Catarina, Brazil, and how she surpassed, purposefully on Good, the thought of taking away her own life.

Andrea left home when she was still young. She got married and had three children. Her husband was addicted and got HIV because of drugs. He never reported it to his wife, who turned to be a widow very early. With that, the daily challenged became even more severe.

Struggling with finances, she almost always had to ration the food of the day. Often times, the only meal of the day was lunch, so they would have enough food for the following days.

At that time, she lived in a transition home in the city of Agronômica, in Santa Catarina, Brazil, and worked as a waste picker of recyclable materials. With the help of some people, she managed to get money to buy a little ground to build her house, where she could raise her kids with more dignity.

Although she had won one battle, she felt weak because of the exhausting work under the sun and rain. One of her most difficult moments was when she discovered that she had HIV from her husband after some tests. Initially, she was immensely worried: how would she sustain her children? She barely had a condition to raise them, keep the house and provide food. But, without losing hope, she began to do the treatment (which she does until today) and unfolded to show to her kids that she was capable, aiming to leave them a good example. She would say to her children, always smiling: “everything is fine. If we are sad, let’s sing. If we are happy, let’s pray. Mom is fine.”

One day while she was working on the streets, she found a group promoting the October Pink. Andrea had the opportunity to do a mammogram and she was diagnosed with breast cancer.  “That moment I broke down, more than I did when I found out I was with HIV,” she said.

Experiencing rainy days, Andrea’s house, which was built on an improvised structure, was collapsing with every storm. After the medical diagnosis, in her despair and without knowing how to face alone with three kids a difficult life, she thought the unthinkable; to take her kids to school and burn down the house with herself inside.

In an action that could be viewed as random, but we acknowledge that it is the support of God that never abandons His children, Andrea listened to her intuition to turn on the radio. Without understanding the reason for that act, she tuned in the Super Good Will Radio Network.  “The LGW’s prayer was just starting”—says Andrea, with a happy face and thankful for the celestial help. While she was listening to the prayer, she thought: “The man [Paiva Netto] was speaking to me. This prayer is talking to me. . . . Come on, will I destroy myself and leave my kids alone?!”

Since then Andrea found in her Soul strength to rise again.

A prayer that renews

In the Portuguese issue 111 of the JESUS IS ARRIVING! Magazine (from September 2011), the Spiritual World brought to us a message, that the Spirits of God uses those moments that Brother Paiva is preaching (on radio, tv, and internet) to bless everyone’s lives.

That was what happened to Andrea. At that moment, when everything seemed to fall apart, she renewed. She let that prayer to touch her heart and she found spiritual strength to continue her life.

From that moment on, she felt driven to meet the Legion of Good Will, which she had already heard about at the Center of Cancer Research at Santa Catarina, where she was attended by a social worker.

Nothing in this life is by chance. When Andrea arrived at LGW, it was happening a conversation about suicide prevention and even though she was not part of the group attended by the Institution, she was invited to participate in the activity. There she felt welcomed.

“It was the first time I went to the LGW. It was everything that God had planned for me. He was preparing LGW for me! ‘Look, here is where you will rise again. It’s here that you will withstand this disease. It’s here where you will handle all you are going through, head-held-high, happy, and joyful.’ It’s not because you are in need that you have to be sad.”

Andrea started to watch those people attended by the LGW that were elderly and began to think: “If I already face HIV, breast cancer, and so many things, why can’t I go through this too? These grandparents play, smile, dance, welcome us. Why can’t I mirror them?” With this example, she gets strength each day and looks to do the same for others. She welcomes new people she meets, in the same way, LGW welcomed her. Even with her challenges, Andrea found happiness to live. She and her family are happy and moving on, with the support of Legionnaire Friends of Good Will.

In this back and forth trajectory, there are those who battle to win, no matter how small or big the obstacles are, because this is the moment when the Spirit is strengthened. And “When feeling disheartened, raise your heart on High to better tune in to the Superior Power. In this way, you will refuel your Soul for the challenges of life. You can rest assured: praying works.” as writer Paiva Netto teaches us.

Be part of this Fraternal Religion. Get to know more about the Religion of God, of the Christ, and of the Holy Spirit. You cal call (646) 398-7128 or visit our website religionofgod.org. 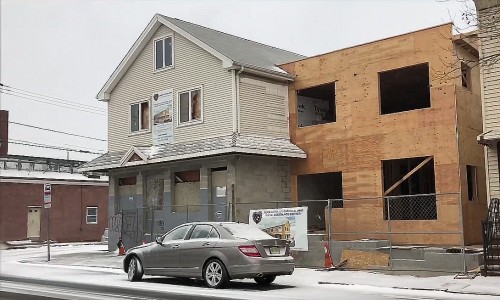 Solidarity, Altruism, and Emotion in Newark 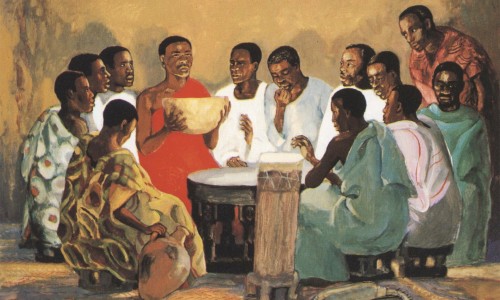 “The Universal Race of the Children of God” 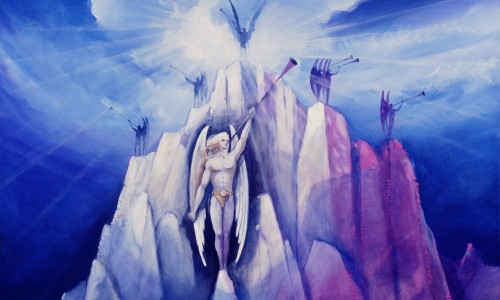