“The Universal Race of the Children of God”

LGW and the black people

The Legion of Good Will (LGW) is a neutral field*1 and the meeting point of all the ethnic groups, beliefs, and people. It brings spiritual emancipation to everyone by the revelation of the New Commandment of Jesus, proclaimed by its founder Alziro Zarur (1914-1979) in Campinas, São Paulo, Brazil, on September 7th, 1959. The New Commandment that it is in the Gospel of the Christ of God, according to John, 13: 34 and 35: “Love one another as I have loved you. Only by this shall all of you be recognized as my disciples.”

Within the institution, in the everyday relationships, there is mutual respect to differences between black, white, yellow, red, and mixed-race people, that is graced by the same opportunities of work and meritorious actions, according to the effort and skills of each one of them.

In the contemporary society, we still face intolerance for what it is not the same. If it is not like us, they say: “So, it doesn’t belong here”. They forget we are part of All, sons of the same Supreme Light that, with profound Love, generated everyone as “His image and likeness” in Spirit.

The Ecumenical message of the LGW – that for 70 years*2 is preached and exemplified, interpreting the Holy Bible in Spirit and Truth, under the light of the New Commandment of Jesus – travels around the world as a model of Fraternity and Solidarity, encouraging the unity of all creatures, regardless their ethnical origin, because it understands that the skin color can’t serve as a parameter to measure someone’s value. With this fraternal message, we learned that God, our Father of Love and Goodness, created us in a way that we could have the opportunity to evolve by the practice of respect, cooperation, loving one another, learning mutually with various branches of universal knowledge.

Zumbi (1655-1695) – his portrayal can be found in the panel “Evolution of Humanity” in the Temple of Good Will, in Brasilia, Federal District, Brazil – cried for freedom resounded in the air of the Quilombo dos Palmares, found resonance on the Religion of God, of the Christ, and of the Holy Spirit. It was not just a bloodless shout of a virile people, but a clamor of all ethnicities in the sublime desire of greater freedom. And thanks to the meritorious, solidary, ecumenical, and spiritualist action of the Legion of Good Will, and so many others respectful institutions, the comprehension, respect, and fraternal coexistence between them are becoming more and more a reality.

After all these years of a time where ideas of freedom and fraternity were compromised, there are still remaining fragments of this stain on the hearts and minds of some people, because today slavery is on their Souls and only Jesus, the Celestial Liberator, the Complete Abolitionist – which Paiva Netto calls, with all his devotion, the Ecumenical Christ and Divine Statesman – can bring the spiritual redemption to all people, races, which means the holy Humanity.

The role of the Good Will Institutions, since the beginning, is an example of human and social dignity, respect and ethnical integration to be followed because it urges decidedly in the World Revolution of the Spirits of Light, elderly black brothers and sisters, native brothers and sisters, caboclos and orixas brothers and sisters, legitimating and notarizing our ancestor, originated from many tribes and people that derive from the Creator.

This miscegenation proclaimed and lived by the LGW also contemplates those who fight in favor of the unity, in the widest meaning of the word, of all races, confirming the words of the writer Paiva Netto:

“There is only one Race, the Universal Race of the children of God.”

*1 Neutral Field – It refers to the first of the Four Evolutionary Phases of the Religion of God, of the Christ, and of the Holy Spirit.

*2 The Legion of Good Will was founded by Alziro Zarur on January 1st, 1950. So, in 2020, it completed 70 years of continuous work for the Brazilian people and many countries where it is located. However, since March of 1949, Zarur already preached the ecumenical message of the Institution by radiobroadcast, in the program The Hour of Good Will.

Acting on Good to Overcome Covid-19 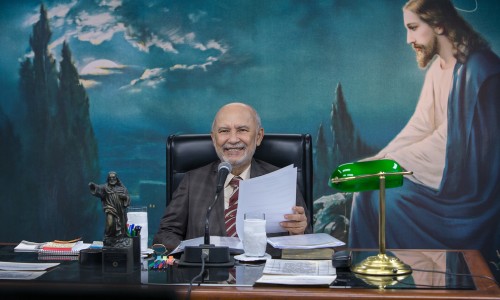 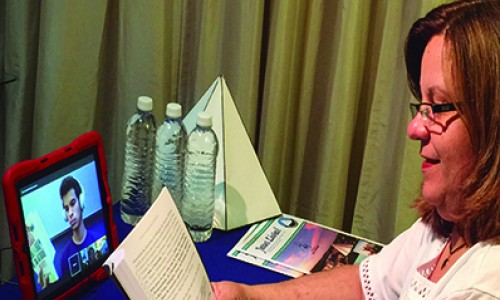