Pray and Take Action In Order to Overcome Difficulties

We are currently living in a world full of technology where everything happens so fast. But what are the consequences of this in many situations? Anxiety, worries, stress, and depression are some of the issues we are dealing with in our modern days.

One of the goals of the Ecumenical Meetings of the New Commandment of Jesus is to take to the homes of Good Will the spiritual energy of Fraternal Love in order to touch people’s hearts.

Ana Sequeira, from Newark/NJ, received the Religion of God, of the Christ, and of the Holy Spirit in her home. During an afternoon of prayers and doctrinal study, the New Commandment of Jesus was read aloud as an inspiration to overcome their daily battles. She said:

“The Ecumenical Meeting of the New Commandment of Jesus at Home aims at individual and collective spiritual enlightenment. We face many difficulties in this world, and when we hold these meetings at home we favor the creation of a good atmosphere for the Spirits of Light that surround us and help us on a daily basis. As Brother Dr. Osmar Carvalho e Silva (Spirit) reminds us: ‘Our work depends on your dedication, but your success depends on our support.’* I’m grateful for this opportunity of spreading all these lessons that are wisely taught by the Religion of Universal Love. I frequently hold Ecumenical Meetings of the New Commandment of Jesus at my home, and I always invite my friends and neighbors to come over and participate.”

With regard to the Fraternal Love of Jesus as a key to self-improvement, writer Paiva Netto says:

“The urgency of living Jesus’ commandment ‘Love one another as I have loved you,’ is the result of His own personal example: He gave His own life, submitted Himself to crucifixion― proof that He carried a new message that jeopardized interests that were harmful to a certain part of humanity. Therefore, the Heavenly Missionary was transformed into a threat to the then status quo, and, ipso facto, was nailed to the cross of sacrifice. Consequently, Christ gave the greatest demonstration of Love. The consequence of this: His message of Brotherhood without borders spread throughout the planet, even if at times it has almost been negated, as we saw in the sixteenth century, the Century of Religious Wars, and during the unqualifiable Crusades.”

Be part of this movement of Peace and Spirituality!

Learn more and participate in the fraternal actions of the Religion of the Third Millennium. You can call (696) 398-7128 and ask for a preacher of the Religion of God, of the Christ, and of the Holy Spirit to conduct a meeting in your home.

* This was said by Dr. Osmar Carvalho e Silva (Spirit), during a spiritual meeting held by the Universalist Spiritual Center, of the Religion of Universal Love, through the psychophony of medium Chico Periotto, Christian of the New Commandment of Jesus. 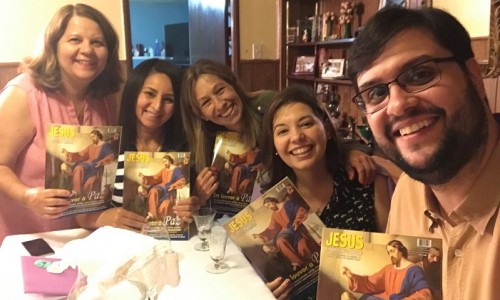 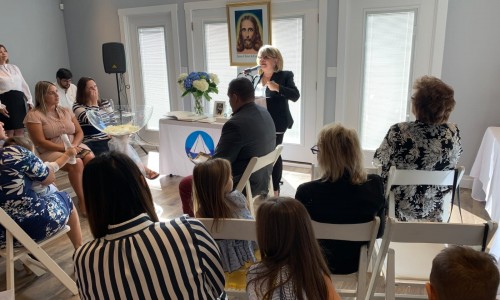 The Religion of God, of the Christ, and of the Holy Spirit performs baptism ceremony of the new LGW's Little Soldiers of God 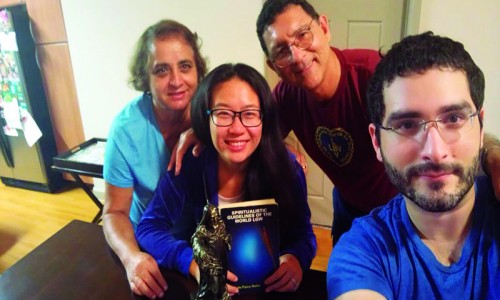