What Can We Do for There to Be Peace in the Family?

Coexisting is an art! So, when we talk about family coexistence this phrase fits perfectly. We all want to live in Peace. But there are often differences in opinion, difficulty when it comes to forgiving and putting our pride aside, being unable to reconcile time and expectations, and other situations that end up becoming part of the script of our existence.

However, we need to understand that relationship problems, or of any other origin, including within the family context, are normal. All families face challenges. But why does this happen and how can we overcome them?

The origin of the spiritual family

First of all, the Religion of God, of the Christ, and of the Holy Spirit1 does not believe that the formation of the family is a matter of chance, but rather that relationships precede this material life in which we are living. Death does not exist. We are eternal spirits and the family is born even before a pregnancy happens: its formation begins in the Spiritual World. This being so, the members of a home have a commitment to evolve together spiritually on Earth, and, therefore, to correct the mistakes of past lives and create new ties of Fraternity, making way for forgiveness, for understanding, and for Love in its most sublime expression.

Although many mistakes have already been made in this life, even so, each existence is a unique opportunity to re-establish family ties. With regard to the immense challenges that families are currently facing and the pessimism that may exist because of this, the President-Preacher of the Religion of the Third Millennium, José de Paiva Netto, writes in his article The Great Family Called Humanity:

"Is the family coming to an end? No. It is just evolving, as a natural process. And within all the confusion of the passing of the millennium, as incredible as it may appear to the more hasty, the family is searching, though awkwardly, for Something, which one day it will discover to be God—with or without a name—, who is Love and without which the individual cannot subsist with dignity, since, wanting to or not, he is a part of Him. As registered by Apostle Paul in his Second Epistle to the Corinthians, 6:16: 'You are the Temple of the Living God'."

How can we overcome family problems?

As a reference of compassion and ability to unite people who are so apparently different from each other, we turn to Jesus, who in His Gospel-Apocalypse presents us with various teachings for achieving good family coexistence. We have the example of the Parable of the Prodigal Son, according to His Gospel in Luke 15:11-32. A man with property had two sons; the younger one asked for his share of the inheritance and went traveling, spending everything wildly. But when the money ran out and he became hungry, the young man repentantly returned home. When the patriarch saw him, he immediately received him with joy and a great feast, saying, “Let us eat and celebrate; for this son of mine was dead and has come to life again; he was lost and has been found” (verses 23 and 24).

Many lessons can be drawn from this passage. We see here, for example, a great act of love and forgiveness. Even though the father knew of his son’s error, he was willing to forgive him, so that the son could correct himself. In analyzing his attitude, we can remember that God does the same with us. The Law of Reincarnation2 itself is a great act of mercy, by which through successive lives the Heavenly Father gives us a new opportunity to correct our mistakes and mature given the challenges we face. The Heavenly Father does not give up on us. He is patient and manifests Himself by granting us the opportunity of life, natural resources, and the constitution of families, so that every day we can take another step towards overcoming our disagreements with others and with ourselves. And if He does this, why can we not act in the same way towards those who are members of our own family?

“You should never give up on the people you love”

When it is difficult to practice forgiveness, to act patiently, or to reconcile differences, let us reflect on the teaching of writer Paiva Netto in his article Defeating vices:

“It is imperative that we do not give up on those we love; even those who, for whatever reason, we stopped loving or never loved. In fact, we should never forsake the human being, because, deep down, we are part of God’s Great Family. Let us learn from Jesus, who is the Great Friend who never abandons a friend along the way. He therefore goes to look for the lost sheep wherever it may be”.

We are living in a world where it is very easy to give up on those we love; and we cannot do that. Living in Peace implies persevering in it. Thus, a very necessary action is to seek strength in the ecumenical teachings of Jesus, because they speak of Peace, Fraternity, and understanding. Therefore, the Religion of God, of the Christ, and of the Holy Spirit recommends praying as a family, at least once a week. At that moment, which is called the Ecumenical Meeting of the New Commandment of Jesus at Home, the Gospel of the Divine Master and other books that propagate good values ​​are studied, like the works of the Religion of the Third Millennium.

Therefore, it is an opportunity to seek the protection of the Guardian Angels who accompany the family and attract this protection to the home. By doing so, heart and mind are strengthened so that the right words are spoken for there to be good understanding. In this sense, it is worth stressing the effort to promote healthy dialogue, exercised with deep and sincere Fraternal Love among everyone.

When we persist in Peace the rewards appear naturally

Later in the Parable of the Prodigal Son, the eldest son returns from work and, when he sees the feast, becomes indignant, refuses to enter the house, and feels wronged because he did not receive a similar reward (verse 29). To which the father responds: “My child, you have always been with me, and all that is mine is yours” (verse 31). Let us remember this, when we persist in Peace, the rewards appear naturally and can come in various forms (whether in material resources, or in disposition, spiritual protection, and in so many other ways).

In the passage, we also notice that each son had his worth, but each one had a time for maturing. Moreover, in the family, each one can have his or her time, but each member is very valuable. Believing in this is taking a decisive step towards living in Peace! We learn from the Christ of God that each person matters, especially in a family, because everyone is part of a Spiritual Plan. And why should we strive to live in Peace in the family? Because, as the president-preacher of the Religion of the Third Millennium clarifies, “It is in the family that the most tender and sublime feelings of human beings flourish."

2 In this and in other existences: the Religion of Divine Love acknowledges the Universal Law of Reincarnation and understands it as a new opportunity granted by God for the spiritual evolution of His creatures. In Apocalipse sem medo (Apocalypse without Fear), pages 73 and 74, Paiva Netto writes: "Let it not slip from our memory what we promised in the Spiritual Sphere to do on Earth in benefit of our fellow beings. Generally, we are settling mistakes we committed in previous existences. I want to reaffirm the following: reincarnation is not punishment from God. On the contrary, it is His mercy granting us new chances. It is better than eternal hell. How can a father wish that his son―however much wrong he has done in a life of 50, 60, 70, or even 100 years―spend Eternity in infernal suffering, in the flames that do not consume? . . .” 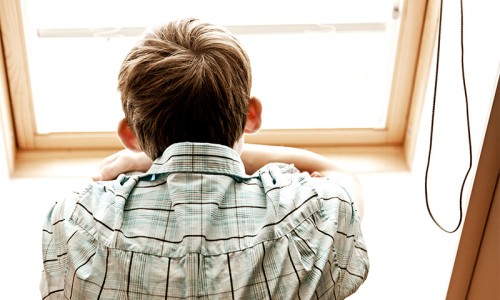 How to Protect Children and Young People from the Dangers of the World? 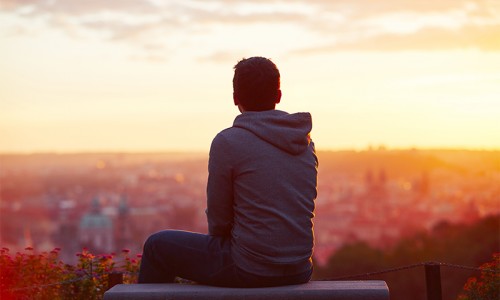 Why Does God Allow Suffering? 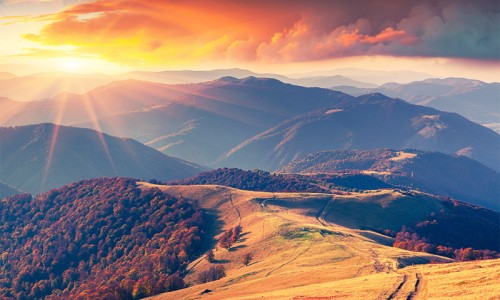 Blessed connection with the Celestial Universe