“The Urgency of Living Jesus’ Commandment: ‘Love one another, as I have loved you’”

Every year since 1975, the Religion of God, of the Christ, and of the Holy Spirit holds the International Forum of the Ecumenical Youth Movement of the Good Will of God.

On June 29, 2019, we celebrated the 44th edition of this event, which debated “The urgency of living Jesus’ Commandment: ‘Love one another, as I have loved you,’” a thesis of Paiva Netto, the creator and leader of the Good Will Youth Movement, based on the New Commandment of Jesus, that can be found in His Gospel according to John 13:34 and 35:

“A New Commandment I give you: Love one another, as I have loved you. Only by this shall all of you be recognized as my disciples, if you have the same Love for one another.”

The Forum is an open and permanent space for people of all ages. It promotes throughout the year studies and debates, artistic and cultural activities, as well as solidary and educational mobilizations.

See below the Ecumenical Youth Movement of the Good Will of God from Newark/NJ in action:

The Forum has also an ecumenical ceremony of spiritual baptism, which represents the acceptance of Jesus’ Sacred teachings propagated by the Religion of Universal Love and is a moment when the young Legionnaires reaffirm their commitment to spreading and living by the Supreme Order of the Divine Master.

In June, we also celebrate Brother Paiva Netto’s 63 years of work at the Good Will Organizations, an important date that inspires current and future generations, because during all this time he never gave up on his ideals, remaining committed to the Legionnaire cause.

His willingness to make a difference in the world, which he has demonstrated from a very young age (he has always been concerned about spiritual, philosophical, social, political, and scientific issues), increased after an important episode that occurred at the beginning of the 1950s. The leader of the LGW’s youth movement recalls such memorable date in details:

“In 1953, in Rio de Janeiro, when I was 12 years old, I received from the hands of a beautiful black woman a pamphlet published by the LGW. . . . Three years had passed and, on a certain morning, I woke up with a strong desire to turn on the radio. When I did that, I heard on the Tamoio station [later it would become Mundial] the moving composition by Joseph Möhr (1792-1848) and Franz Grüber (1787-1863), Silent Night: it was June 29, 1956. Intrigued, I exclaimed: Mom, Christmas song in June?! Zarur then began to read a passage from the Gospel of Jesus according to Luke 2:14, in which  Angels announced His Celestial Birth: ‘Glory to God in the Highest and Peace on Earth to People of Goodwill!’ After listening to his preaching, I was convinced: Mom, I like this man’s speech! I will follow him! My heart had been called to this Sublime Ideal. And, on the same day that Saint Peter and Saint Paul are observed, I grabbed my bicycle and voluntarily went out to the streets to ask for donations for the Organization.”

Because of this spirit of initiative—and so many other things he has done ever since—June 29 came to be known as the Good Will Legionnaire Youth Day.

Brother Paiva Netto then closed this edition of the Forum with his fraternal and ecumenical words.

“Jesus is a daily conquest, a permanent discovery for those who have a thirst for Knowledge, Fraternity, Freedom, Equality, and Peace. . . . And I am not referring to the Lamb when He was imprisoned by restricted earthly conceptions, whether philosophical, religious, political, or scientific. He is a Liberator, never a prisoner. He surpasses everything,”  he affirms in his article “The Urgency of Living the Love One Another Commandment.”

By popular vote, the theme to the 45th International Forum of the Ecumenical Youth Movement of the Good Will of God is the thesis of writer Paiva Netto “The social reform comes from the spiritual realm.”

Come join us in the activities of the Ecumenical Youth Movement of the Good Will of God and be a part of this Good Will initiative! 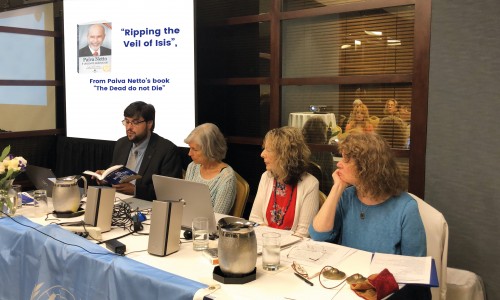 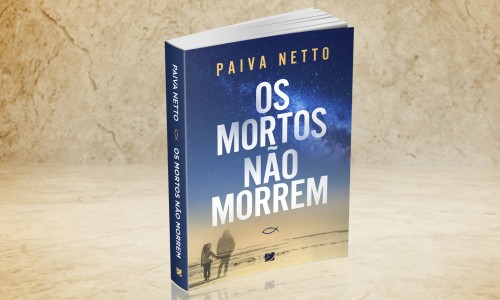 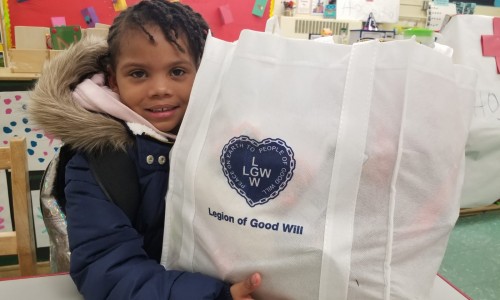 Acting on Good to Overcome Covid-19