The Legion of Good Will’s representative at the United Nations (UN), Danilo Parmegiani, sends enthusiastic letter to the President-Preacher of the Divine Religion, Brother Paiva Netto, recounting a presentation of the LGW during an event organized by the Aquarian Age Community at the UN. The presentation highlighted the Supreme Objective of the Religion of God, of the Christ, and of the Holy Spirit—that is “to prepare the way for the Triumphant Return of Jesus to planet Earth”*—and recommended this strategic goal for the spiritual work of the United Nations.

With a strong Legionnaire pride, we write to you, Brother Paiva, to tell about the Legion of Good Will’s participation in a seminar on the spiritual role of the United Nations. The panel was chaired by the Aquarian Age Community on June 15th 2019, at the UN, in New York/NY.

One of your pioneer banners, Brother Paiva, is the promotion of a nonsectarian adoption of Jesus’ teachings in all areas of society towards a new world paradigm. That is why we happily inform you that the Legion of Good Will was invited to bring its ecumenical view into the UN’s secular and multicultural platform on the spiritual work that all nations should have in preparation for the return of Christ.

The work of the Legion of Good Will is an example of how a spiritual mission can be translated into concrete actions to improve communities across several countries. It also constitutes a success model to inspire the United Nations in an alternative way when it comes to their international development agenda.

We started drawing a parallel between the theme and the Supreme Objective of the Good Will Organizations,―“to prepare the way for the Triumphant Return of Jesus to planet Earth.” After all, what should be the spiritual role of the UN if not to accomplish this same universalist task, proposed and exemplified by the LGW in a pioneering way? The founder of Aquarian Age Community, Ida Urso, who convened the panel, mentioned that she was very happy to be acquainted with the essence of our Legionnaire mission and affirmed that it brings a heavenly meaning to the entire work that you do, Brother Paiva.

We also studied an excerpt of your book Os mortos não morrem [The Dead Do Not Die], from which we selected the page “Tearing the Veil of Isis,” since in it, you explain, in an inspiring way, the benefits that humanity will enjoy when they expand their mindset through the lens of the Spirit.

Each speaker brought plural and inspiring contributions to a very productive debate on the spiritual role of the United Nations. We could not describe the powerful energy that invaded the conference room. We all felt the presence of the Spirits of God among us during the entire seminar. The LGW’s key argument was clear to everybody: the higher priority we give to the spiritual topics in the UN agenda, the stronger will be the good influence of the Spirits of Light that carry out the Divine Plan to enlighten humanity.

It also drew the public’s attention the fact that the Legion of Good Will accomplishes its spiritual mission in a practical way, carrying out different actions and programs in many countries; a successful model that can inspire the United Nations in a way to conduct their international agenda of development.

Moved by the presentation about the Temple of Good Will, located in Brasília (Brazil), one of the participants of the seminar, American esoteric Darcy Sessions, said:

“I really enjoyed deeply what I felt when the LGW said in their message that we need to find some way to call forth a new spiritual presence within the United Nations. And you gave examples of the Declaration of Human Rights, by Eleanor Roosevelt (1884-1962), and the creation of a meditation room at the UN, for that a light stroke down here quickly and ignited the consciousness of humanity. That happens with the Pyramid in Brazil, the Temple of Good Will, when was created a movement across the land of Brazil, predominately with the help of women, who came and [helped] raise the funds to build the Temple there in Brazil. The TGW is universal; it’s for the people, all the people. I would like to see if it would be possible to take the United Nations to create that symbol, build it, and add it to our present meditation room [of the UN], that connect us to you in Brazil. Because legend has it, the United States and Brazil will be bringing, with very united effort, love to this planet, and that Brazil will show us the way. . . . That’s in the esoteric teachings. Connect your Pyramid; let’s create that structure that you spoke about, which would be the symbolism of that deeper level of spiritual essence that needs to come now through the United Nations. The Pyramid has a shape of a triangle and is one of the oldest symbols in the world of the Divine, the Father, the Son, the Holy Spirit, and the Holy Mother. That sign is a very, very strong symbol.”

Brother Paiva, this event reminded me of the commitment you took on at a young age with Brother Alziro Zarur (1914-1979) to spread the New Commandment of Jesus to the world and to the UN. Therefore, in the midst of the celebrations of your 63 years of work in the Good Will of God Organizations, we must acknowledge your leadership and your great contribution, especially through your writings, to the international intergovernmental process as the LGW approaches its 25th anniversary of association with the United Nations. It is a new leadership that is getting stronger by the years mainly by your books and writings.

For us, the new generations, you leave us your legacy of perseverance in Goodness, your intelligence, and your brave humility.

Yours sincerely, the North American Legionnaires of Good Will. 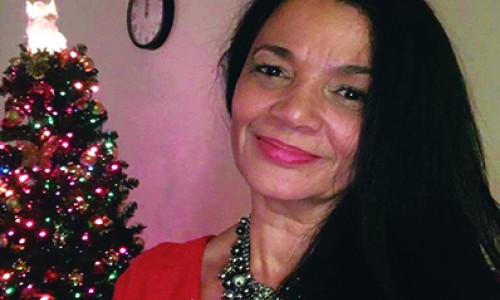 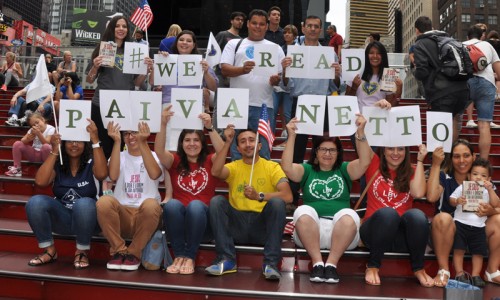 Carrying out JESUS’ Go and Preach 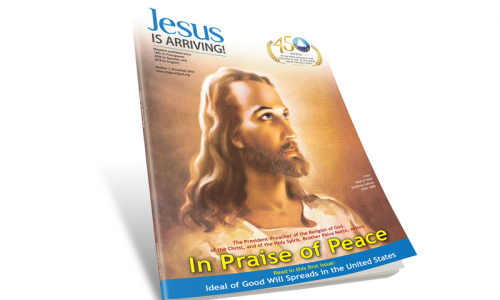 First Issue of “JESUS IS ARRIVING!” Is Out Today