Sustainability under the Light of Jesus

The Legionnaire of Good Will Adriana Rocha, from New York, USA, analyzes scientific data on ocean pollution and connects them with the warnings found in the Apocalypse. In her analysis, she also remembers a special moment in her life as a child at the LGW, when it made her become interested in protecting Nature:

In the article “Human Distraction, Denmark, and Destiny,” writer Paiva Netto presents a magnificent approach to human empathy before environmental issues, a situation well defined as “a kind of hypnotic slumber” of the population. In the subtitle “Optimism vs. Reality” I really enjoyed the singular perspective that the author used to classify the moment we are living in as a “period of ticket-of-leave.”

This brilliant definition provokes us into realizing how much we have lost and what we will face in a near future if an urgent world reaction doesn’t take place.

I recently read the article “The Darkening Sea—What Carbon Emissions Are Doing to the Ocean” by journalist Elizabeth Kolbert for The New Yorker. Among several scientific studies reported in it, there is one carried out by researchers Ken Caldeira and Michael Wickett, which shows that the release of carbon dioxide into the atmosphere will damage more than 30 percent of the waters and living beings, completely changing the seas and the Earth forever.

The article inspired the production of the documentary A Sea Change: Imagine a World Without Fish by Barbara Ettinger and Sven Huseby. The documentary was widely publicized on the media and has received many international awards.

As I was reading Kolbert’s article, I surprisingly heard on the Super Good Will Radio Network (and we know that coincidences don’t exist) Brother Paiva studying passages from the Apocalypse of Jesus1 related to the second and the third trumpets. As he has explained to us, the trumpets represent political facts and war-like political facts, and they always refer to a third part of everything.

These two trumpets in particular refer to the water of the seas and rivers:

“8 The second Angel sounded his trumpet, and something like a huge mountain, all ablaze, was thrown into the sea. A third of the sea turned into blood,

“10 The third Angel sounded his trumpet, and a great star, blazing like a torch, fell from the sky on a third of the rivers and on the springs of water.

“11 The name of the star is Wormwood. A third of the waters turned bitter, and many people died from the waters that had become bitter.”

It is impressive to see how the scenes portrayed in the Apocalypse reflect the chaotic scenario described, scientifically, by journalist Elizabeth Kolbert.

I give below an extract of her article:

“Since the start of the industrial revolution, humans have burned enough coal, oil, and natural gas to produce some two hundred and fifty billion metric tons of carbon. The result, as is well known, has been a transformation of the earth’s atmosphere. . . . It is expected that such an increase will produce an eventual global temperature rise of between three and a half and seven degrees Fahrenheit, and that this, in turn, will prompt a string of disasters, including fiercer hurricanes, more deadly droughts, the disappearance of most remaining glaciers, the melting of the Arctic ice cap, and the inundation of many of the world’s major coastal cities. But this is only half of the story.

“Oceans cover seventy percent of the earth’s surface, and everywhere that water and air come into contact there is an exchange. Gases from the atmosphere get absorbed by the ocean and gases dissolved in the water are released into the atmosphere. . . . In the 1990s, researchers from seven countries conducted nearly a hundred cruises, and collected more than seventy thousand seawater samples from different depths and locations. The analysis of these samples, which was completed in 2004, showed that nearly half of all the carbon dioxide that humans have emitted since the start of the nineteenth century has been absorbed by the sea.

“Already, humans have pumped enough carbon into the oceans—some hundred and twenty billion tons—to produce a .1 decline in surface pH. . . . A .1 drop represents a rise in acidity of about thirty percent. The process is generally referred to as ‘ocean acidification.’ This year alone, the seas will absorb an additional two billion tons of carbon, and next year it is expected that they will absorb another two billion tons. Every day, every American, in effect, adds forty pounds of carbon dioxide to the oceans.

“Because of the slow pace of deep-ocean circulation and the long life of carbon dioxide in the atmosphere, it is impossible to reverse the acidification that has already taken place. Nor is it possible to prevent still more from occurring. Even if there were some way to halt the emission of CO2 tomorrow, the oceans would continue to take up carbon until they reached a new equilibrium with the air. . . . It will take tens of thousands of years for ocean chemistry to return to a condition similar to that occurring at pre-industrial times.

“Humans have, in this way, set in motion change on a geologic scale. The question that remains is how marine life will respond. Though oceanographers are just beginning to address the question, their discoveries, at this early stage, are disturbing.”

It is sad to see what Humanity has done to the planet we live on. The insane search for profit has blinded human creatures to the point of disrespecting the animals and Nature and plunging themselves into their own destruction.

Our Brother Paiva Netto preaches that “only Love can save Humanity from extinction.” As he has always warned us that it is not sentimentalism, but the only survival strategy.2

When will the world wake up to this issue?

When will Fraternal Love be seriously debated in world conferences? When will we understand that therein lies the cause and that any other measure only acts upon the consequence? Brother Paiva’s persevering warning has long resonated.

It has been published, in a pioneering manner, in his books and in the press decades ago. This compendium constitutes a guidebook on how we should treat this great living being that shelters us, the planet Earth, which suffers because of human cowardice. It was an illusion to think that the world would resist passively so much abuse. Any child, from an early age, knows that every action causes a reaction.

Hope is Action in Goodness

In the early 1980s, I was just a child learning how to understand Life when I was inspired by a gesture of Brother Paiva at the beginning of the construction of the Jesus Super Day Care Center, in São Paulo, Brazil. He requested that not a single tree be removed from that area of construction.

The scenario in the world was one of complete alienation regarding environmental issues. The “logic” of capitalist entrepreneurship only saw the value of the square meter. Brother Paiva’s example gave true meaning to the lessons I learned as a Little Soldier of God and inspired me as a child to compose a short poem; they are simple verses, but they questioned, in a child’s language, the slaughter that the planet suffered.

Where are the green
And the birds singing?
You don’t see them anymore.
Where are we going to end up?
Where are the palm trees
That the wind blows through?
Human beings are cutting down
Whole forests.
Oh! But there is hope.
I’ve just heard
That in the Jesus Super Day
[Care Center
The trees are going to live,
And the birds will sing,
Happy and thankful
To José de Paiva Netto.
He really is a great friend.

It has been over 30 years . . . and what reminded me of that episode is to know that the awareness that the world seeks to develop Brother Paiva has been raising for several generations, starting with the heart, even of a child.

Thank you, brave friend, for being that voice that doesn’t die away . . . and that overcomes the loud noise that distracts the world today.

_______________
¹ Reference to the series O Apocalipse de Jesus para os Simples de Coração [The Apocalypse of Jesus for the Simple-Hearted], by Paiva Netto, broadcast by the Super Good Will Radio Network and through the Boa Vontade Play app.

²Thesis of Paiva Netto published in the book As Profecias sem Mistério [The Prophecies Without Mistery] (Elevação Publishing House, 1998), pocket version, on page 34. 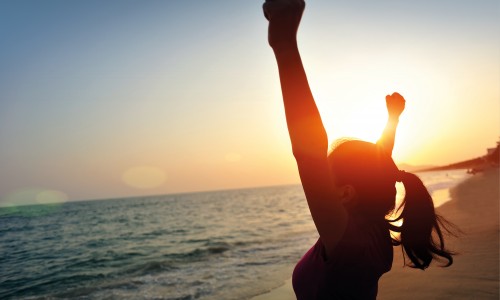 Anxiety: learn how to fight against this modern life villain 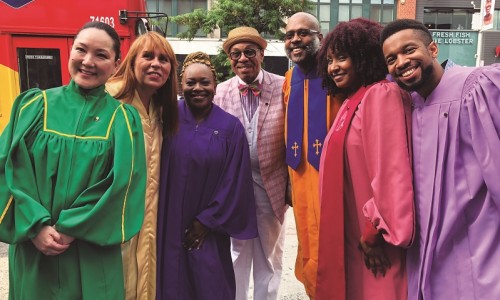 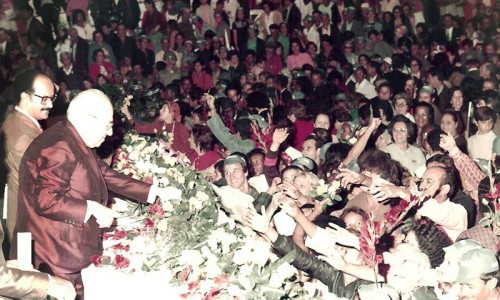 Getting to Know the Religion of God, of the Christ, and of the Holy Spirit