Understand this Prophecy from the Gospel that becomes a reality in the Apocalypse of the Christ of God.

Jesus, the Ecumenical Christ, the Divine Statesman, predicted many things, and in His Gospel we find one of the most socially impacting prophecies that will transform society for the better:

"I am the Good Shepherd; I know my sheep and my sheep know me, just as the Father knows me and I know the Father; and I lay down my life for the sheep. I have other sheep that are not of this sheep pen. I must bring them also. They too will listen to my voice, and there will be one flock for one Shepherd." (The Gospel according to John 10:14-16)

Who are these sheep in verse 14? From the Evangelical Spiritual revelation that, when the planet was founded, the Word, Jesus, was with God and  “through Him all things were made; without Him, Jesus Christ, nothing was made that has been made,” (John 1:3) we conclude that these sheep represent all humanity that God entrusted to Christ for Him to lead and, therefore, so that His solidary influence may be applied to everything that is produced by human beings, like the organization of society, the family, etc.

Much has been said—and there is still a lot to be done—about respect for diversity. The topic always comes up in conversations, debates, and on social media in various perspectives: cultural, ethnic, religious, gender, political, philosophical, etc. This being so, what is Jesus, who knows His sheep and is aware of this plurality, planning for the Earth when He says that “there will be one flock for one Shepherd?”

When we analyze His trajectory in the Gospel we see that the Divine Prophet was the first to value human beings by meeting their personal and social demands and  promoting their superior qualities, the good values that each one possesses. Wherever He went He awoke in everyone―from the most stigmatized and different person to public figures with great social prestige―the capacity for doing good and overcoming challenges. When the Christ of God healed, lifted people up, and taught Charity, tolerance, and Justice, He raised individuals beyond that which distinguished them in the eyes of those who were prejudiced and restricted.

THE HEART OF JESUS EMBRACES ALL HUMANITY

His Example encourages us to claim human and spiritual rights, by seeing individuals in a complete way as both body and Spirit (the feelings, the innermost part of beings). The Divine Prophet’s actions of Peace prepare us to live in a fraternal atmosphere of cooperation, as explained by writer José de Paiva Netto,  President-Preacher of the Religion of God, of the Christ, and of the Holy Spirit1, in his article It is Urgent to Re-educate, which was sent to the United Nations in many languages in 2000:

“We refer to the Ecumenism of the Hearts2, of good feelings, which does not depend on the ordinary differences of the human family, wherein people reason according to their own state of maturity, fit to the range of their knowledge, or their lack of it. The Ecumenism that convinces us not to waste any time with hatred and sterile disputes, but rather to lend a hand to the fallen, for it is touched by the suffering of others; to take our own shirts off to clothe the unclothed; to contribute to the healing balm of those who are ill; to protect the orphans and the widows, as Jesus teaches us in the Gospel according to Matthew 10:8. Those who understand the elevated meaning of the Ecumenism of the Hearts know that Education with all-encompassing Ecumenical Spirituality is fundamental for the progress of nations, because Ecumenism is Education open to Peace; for the strengthening of a nation (not for it to rule over others); therefore, it is the shelter of a country and the survival of the globe that protects us as its children, even if not always well behaved ones.”

So we see, then, the sense of collectiveness proposed by Jesus who, because He is the Ecumenical Christ, the Divine Statesman, is not talking about ideological imprisonment, cultural constraint, nor about the submission of sectors of society to a fanaticism that causes exclusion (in the name of God or of Science, which has nothing to do with this), and neither is Jesus referring to the depersonalization of His Flock. On the contrary, the Heavenly Friend, with His sense of Ecumenical Fraternity (without borders) is putting forward His proposals of protection, Freedom, Equality, Social Justice, and Peace, strengthening our character and improving our qualities.

It’s just as the Ecumenism stated by the president-preacher of the Religion of the Third Millennium proposes: “It is necessary for us to live the unity in diversity in order for us to overcome adversity.” These adversities are the long-known hunger, inequality, sickness, despair, and violence, for example.

Therefore, promoting the Divine Master’s Single Flock means to have a solidary posture among the family members, in a religious community, in the groups to which we belong to, and also in all sectors of society, as Paiva Netto writes in his article O Nada é o Tudo [Nothing is Everything]: “To the world a very new and all-encompassing concept of Jesus’ Ecumenical Flock: when the Divine Chief determined that His Apostles and Disciples―as represented by the hieratic figure of Peter―should shepherd His sheep, He was not only talking about human sheep. Religion, Science, Philosophy, Education, Art, Sport, Politics, Economics, domestic life, public life, and everything that symbolizes the Universal Culture, in Earth’s Heaven and on Earth³, are the sheep of Jesus’ Flock to be shepherded by His Eternal Doctrine, as stated in His New Commandment: ‘Love one another, as I have loved you. Only by this shall all of you be recognized as my disciples.’ (Gospel according to John 13:34 and 35)”

THE PROPHECY COMES TRUE IN THE APOCALYPSE OF JESUS

Alziro Zarur (1914-1979), the late Proclaimer of the Religion of Universal Love and scholar of the Sacred Writings, said on October 1, 1972, during the Proclamation of the Apocalypse of Jesus, that the promise of Christ in the Gospel became a reality in the last book of the Holy Bible and that it is already formed in Heaven!

On this subject Paiva Netto writes in his book, Jesus, o Profeta Divino [Jesus, the Divine Prophet], 8th edition, page 52: “Didn’t Zarur say that the Single Flock is already formed ‘in the Apocalypse that you did not understand?’ And it is there in Heaven that John the Evangelist, after describing the sealing of the 144,000 from Israel, observes and reports that he sees himself before a ‘great multitude that no one could count, from every nation, tribe, people, and language, standing before the throne and before the Lamb of God. They were wearing white robes and were holding palm branches in their hands.’ (Revelation of Jesus, 7:9) Nothing more and nothing less than a multitude precisely found in the Vision of the Glorified Ones that occurs first in Heaven.”

In fact, in this same passage from the Book of the Final Prophecies (chapter 7) we find the answer to how we can also be part of Christ’s Single Flock. John, the Evangelist Prophet, registers in verses 13 and 14: “Then one of the elders asked me, ‘These in white robes―who are they, and where did they come from?’ I answered, ‘Sir, You know.’ And he said, ‘These are they who have come out of the great tribulation; they have washed their robes and made them white in the blood of Jesus Christ.’”

The blood of Christ represents His example of sacrifice and devotion to humanity, therefore, washing our robes means following this same example of Love and care for our fellow beings, and therefore our good deeds.

We see then that the Single Flock prophesied by Jesus will comprise people from various cultural, economic, ethnic, and religious backgrounds, governed by this maxim of fraternal respect and harmony. By teaching us the Lord’s Prayer, the Heavenly Educator revealed that #weareallbrothers, children of the same Creator, who was revealed as Love (First Epistle of John 4:8).

³ Note from the author: “In Earth’s Heaven and on Earth—Why in this order? Simply because, as I always say, the government of the Earth begins in Heaven. If anyone wants to understand this better, read and think about the Treatise on the Spiritually Revolutionary New Commandment of Jesus.” 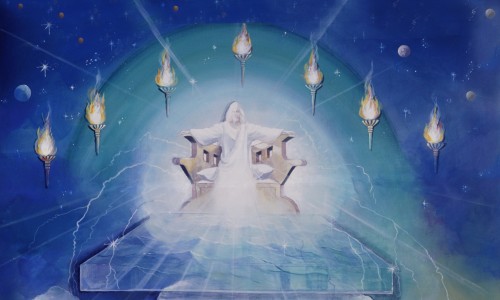 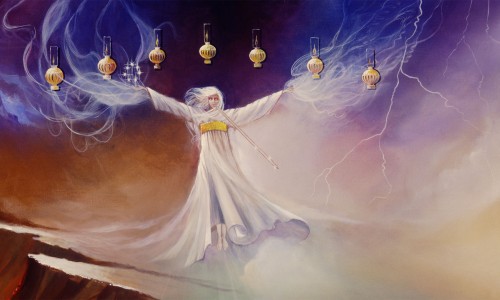 Jesus’ Letter to the Church in Laodicea 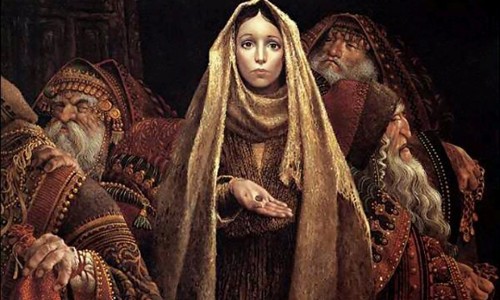